Power-off. No complaints. No regrets.

Manage your system decommissioning project in an organized manner.

Last Wednesday I checked my inbox and came across this message.

It was from one of my readers:

“Hi Adrian, I’m looking for a project work plan for a data warehousing project for the ___ ORGANIZATION ___ and need some guidance and document. Thank you”

Quite a broad request.

So I asked the guy for details.

The guy had come across my project playbooks, and was looking for a project plan for a data warehouse project.

“Can you give me more details?”

“It’s a project for data warehousing a legacy system. The front-end application is scheduled to be decommissioned on January 31st, 2023. Post decommissioning, users must be enabled to retroactively edit data in either the legacy system or the new system.”

A decommissioning of a system! How interesting. Now we are getting somewhere!

A few more emails went back and forth.

I wanted to understand how I could best assist the dear follower.

Then it became clear he was basically struggling with getting started.

The system shutdown date had already been scheduled, and the IT guy had only 4 weeks left

Essentially, the guy had to
(1) Make a plan
(2) Perform the decommissioning procedure in a safe way

Quite a challenge, right?

Then I started reflecting on my professional stages to see what project I had managed that was similar to this one. Having worked in an enterprise IT environment for over 10 years, I had been part of quite a few projects. But a system decommissioning …. wait!

In the shower, it hit me.

One of my projects was rolling out an Enterprise Content Management platform, which included a data migration from an existing “soon-to-break” archiving system including subsequent decommissioning.

The decommissiong involved extracting these documents from the legacy system:

As you can guess, these were important documents! If my company was getting audited by the tax authority, we had to show the original invoice for a particular sales order as a proof that this was a valid transaction. You can’t simply re-print the invoice if you cannot find it in your archive, because this would not be the original one. We couldn’t afford to lose a single document as part of the decommissioning!

Anyway, I digress the more I think more about this project, it was quite emotional.

Overall, the data takeover went pretty smoothly, but it took longer than we had estimated.

Here is the technical process we used:

The key challenge of the data takeover was to ensure that each PDF was properly tagged so we would later know what type of document it was and which organizational entity it belonged to. We also had to ensure all metadata was migrated correctly. Otherwise it would later become difficult to find the right PDF based on, let’s say, the invoice number.

We did the data takeover take longer than expected? And what were our learnings?

These were the main challenges we faced in the data takeover and server decommissioning.

Fortunately, it all went well and we were able to shut down our old archiving solution as planned and terminate the contract.

As you can see, a server/system decommissioning can become quite complex.

Based on what I have learned from this project, and from people having done similar projects, here are some tips for you if you’re preparing for a system decommissioning.

Tips for your decommissioning project

The biggest challenge in a decommissioning project: how do you get the data out of the system? Herein also lies the biggest risk for the project.

The data export may not be as simple as downloading the table content with a few SQL commands. The legacy application may use a proprietary file or the database content may be scrambled/encrypted in some way.

If that’s the case, you have to reach out to the system vendor and see if there is an export tool available. If not, you either need the system specs to build your own export tool or pay the vendor to build one for you. Practical insight: Software vendors become surprisingly difficult to work with (and highly unresponsive) when they get wind of your plan to cancel their system.

Need to upload the legacy data to a data warehouse? Make it a separate project!

In most cases, there is a need to preserve the legacy system data for legal reasons. If the goal is not just to “park” the data somewhere in a vault, but to actually make the data accessible to users via a data warehouse, this can become a large project which goes far beyond a pure decommission.

If you are in that situation, it may be wise to split the project into two separate projects.

Project 1 handles the export of the historical records and loads them onto some interim storage solution (ideally using an open source file format like JSON or CSV). Project 1 also completes the actual decommissioning. Project 2 is essentially a data warehousing project. In the project, the target data structure/schema has to be defined as well as any transformation rules and reports required. Ultimately, the legacy system data is loaded into the data warehouse once it is ready. I think this two-stage approach is better because you can set a clear scope for each project and you avoid scope creep.

Now, let’s circle back to the original story.

Remember, one of my followers was asking for a plan for his decommissioning project.

What did I do to help him?

I put together a system decommissioning checklist!

Lots of steps that shouldn’t be forgotten. To make the checklist as comprehensive as possible, I even reached out to some of my IT friends and I collected their suggestions and best practices for a decommissioning project.

Here you can find the checklist:

The checklist covers the recommended steps for a typical system decommissioning project.

What does the System Decommissioning Checklist cover?

Get the System Decommissioning Checklist

Get the decommissioning checklist for $17.00 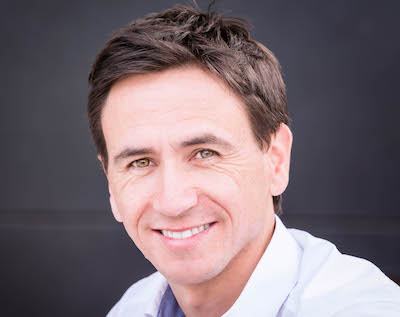 Hi, I’m Adrian Neumeyer, founder and CEO of Tactical Project Manager. I have been working as a Senior IT Project Manager for the past ten years. Today my focus is to help people who manage projects — people like you! — by providing practical tips and time-saving tools. Connect with me on LinkedIn.