Can I ask you:

What does your team think of you as a project manager?

Would you get only positive feedback?

Or would people say ‘Ummm, X is a nice person, but this project may be too big for him/her.’

With this email I want to give you the opportunity for a bit of self-reflection.

The project administrator (PA) type is a shy fellow. He spends most of the time hiding behind the computer: answering email, updating the project plan 5 times a day, crafting beautiful templates, and doing other work to feel busy.

I call him project administrator because he’s just managing the project on paper.

Rarely does he interact with his team, either face to face or by phone. Why? He feels uncomfortable talking to other people.

As you can guess, he doesn’t make a good impression during negotiations with the customer. If the customer asks for a scope change, our project administrator friend will accept those changes. Why? He doesn’t like to say ‘NO’. 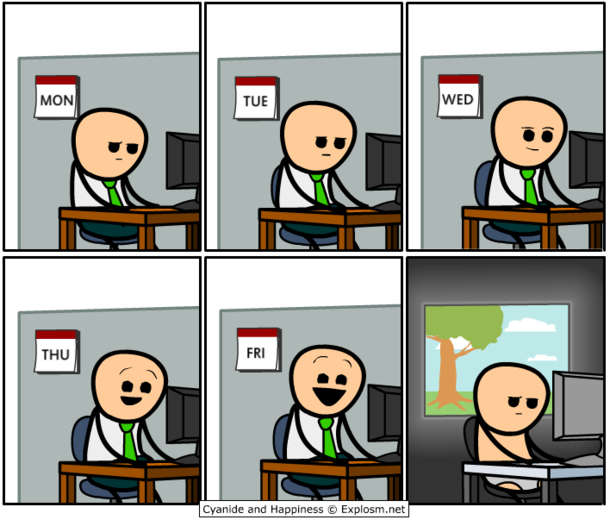 Realizing that he’s committed too much extra work, the project administrator puts pressure on his team. And the team is frustrated because the last-minute changes make it hard to plan work.

When an issue arises, the PA tries to resolve the issue doing email ping pong for days. In the end he will invite for a meeting where his boss takes over the actual leadership role, and the issue finally gets resolved.

He spends most of his day on the site (not behind the computer): Meeting stakeholders, checking in with his team, being part of meetings, getting a feel of how things are going. 80% of his day is spent on communication.

And I mean REAL communication: listening to others, reconciling issues, proposing solutions, giving an outlook of what’s coming up next in the project.

Due to the fact that our project leader is always present on site, he is well-connected both internally and on customer side. Everybody’s knows his face, and he is liked and respected by management.

This makes life so much easier for him.

Let’s say the project is behind on some task. The PM has the unpleasant job of letting the customer know about that. Our project leader calls up his management contact at the customer, gives an honest and clear account of what has happened, and both parties find an acceptable way forward. No ugly escalations. No email ping pong.

Because the project leader has made an effort in building trust with the customer and other stakeholders. He is showing up every day, in person.

How’s the relationship with his team? There’s a strong bond between the project leader and his team. Although our project leader is very demanding and keeps pushing to make sure deadlines are met, everyone enjoys being part of the project.

One reason for the great team spirit is also that the project leader tries to protect his team. He doesn’t give in to every request. If the team is working at 100% capacity, he’ll say “Sorry, I’d really want to accommodate this change, but we’ve got too much stuff to do right now.” Very simple.

Take a look in the mirror

While reading those lines, did you recognize some behavior that you observed in other people?

If yes, hit reply and tell me what’s ONE thing you want to become better at when it comes to leading projects.

Have a great day!

How to delegate work so it actually gets done: the Sandwich Strategy
What makes a good project manager?
How you can build trust in a project team

Improve your PM skills through our weekly tips.

Become the unshakeable leader your team needs so much! Join my course Real-World Project Management