If you’re getting involved with any kind of PM software like Microsoft Project, you’ll sooner or later have to deal with what’s called task dependencies. This topic is not well explained on the web although it isn’t really complicated.

Generally speaking, task dependencies are rules that define in what way tasks are interrelated and how a task depends on the other one. Understanding the dependency between tasks is critical for project scheduling and execution.

Why is it called “finish-to-finish”?

This dependency expressed in normal language would sound like this:

“We can only finish task B after task A has been completely finished”.

One important point you need to understand:  In the case of an FF dependency, two tasks may in fact run in parallel. However, the second task is only able to entirely complete after the first task is 100% done. So with finish-to-finish dependency, the next task (successor) doesn’t have to wait until the earlier task (predecessor) is completed.

I brainstormed a few good examples for finish to finish dependencies: 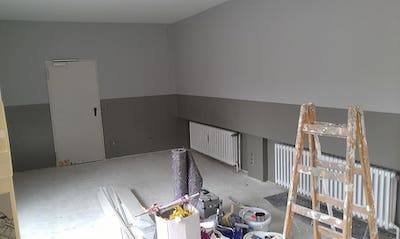 You are planning to move into a new home. But before moving in you want to repaint the interior so they shine in white color. For your planning, this means you first have to do all the painting before you can put up all your furniture.

Comment: Both tasks have a finish-to-finish dependency. Why? You can run both tasks (more or less) in parallel by painting one room after the other, waiting for the paint to dry and then start putting up furniture in the rooms that have been painted. You don’t have to wait for the entire paint job to be done. I won’t comment on whether that’s practical or not but technically you could run both tasks concurrently. 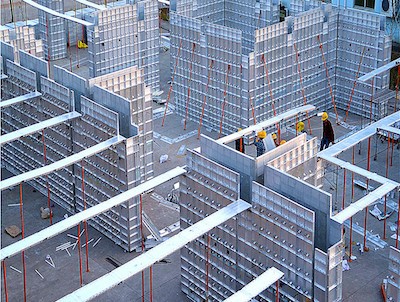 Imagine we are in the early stages of a construction project. The foundation has been laid and now the walls have to be set up. Our next steps are to place the rebars and complete the wall forms.

Comment: Both tasks have a finish-to-finish relationship, as we can’t complete the wall forms unless the rebar structure has been completed. There is also a small time lag between both tasks, because we first have to install a few rebars before we can work on wall forms. You are setting up a new IT system for a client.  There are basically two main activities: Installing and configuring the software as well as connecting the new system to existing interfaces and devices such as printers.

Finish-to-finish (FF) dependency has the same meaning in MS Project as I’ve explained before: One task can only finish once the earlier task has been finished.

As you can see, you can even enter a time lag which indicates how long the 2nd task must wait until it can start.